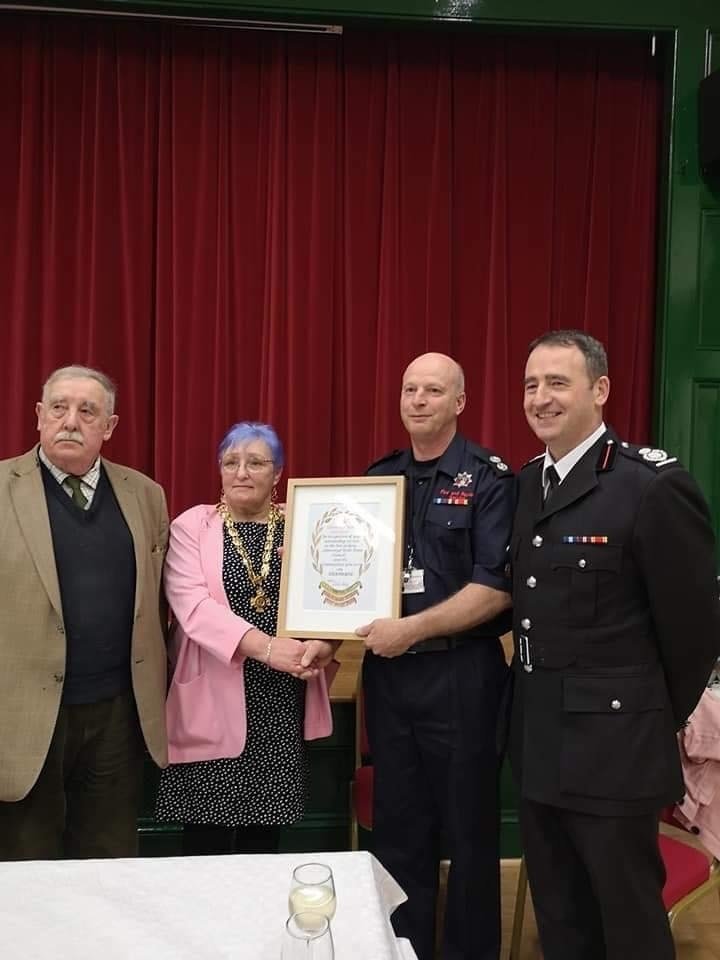 On 30th April the Town Council recognised Llanwrtyd firefighters for their 'professionalism, heroism and dignity' at a special ceremony.

The station and its crew were presented with an Outstanding Achievement in the Line of Duty certificate at a civic reception held by Llanwrtyd Wells Town Council.

Mayor of Llanwrtyd Wells Cllr Lynda Pace-Avery delivered a heartfelt tribute to the fire crew and Cllr Van-Rees applauded the crew for their co-responder work.

The Mayor said: "In the last few years the crew have faced difficult times and met them with professionalism, heroism and dignity. Indeed it was their courage, endeavour and bravery at Llangammarch Wells that earned them the Chief Fire Officers Exceptional Achievement Award; and after four years of being in the top three the Llanwrtyd Wells Fire Station was named Station of the Year at the awards ceremony in November 2018.